Last week the class of 1MH welcomed Collegian parents to their class room. The students asked questions about what Radford was like in the past as well as how much Radford has changed? 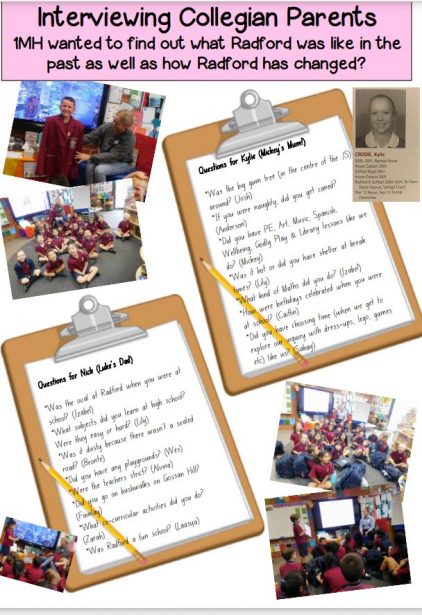 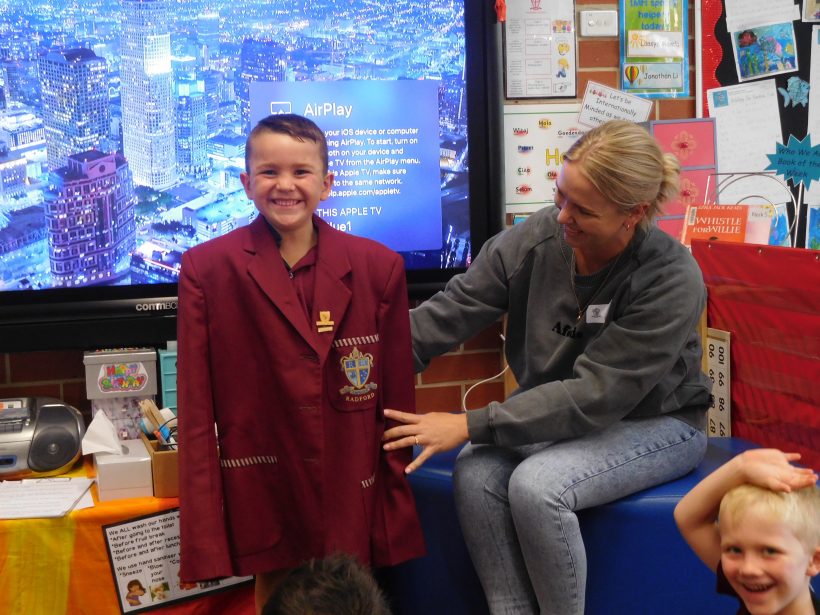 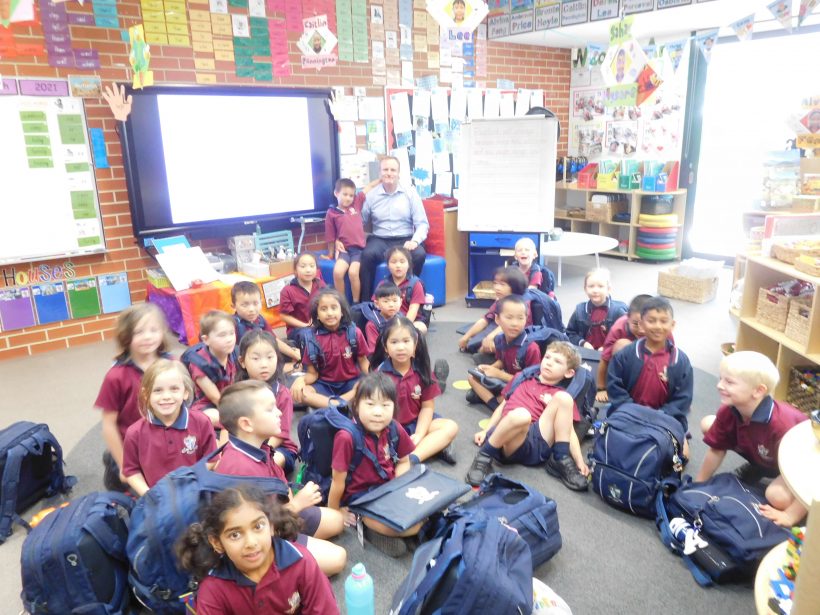 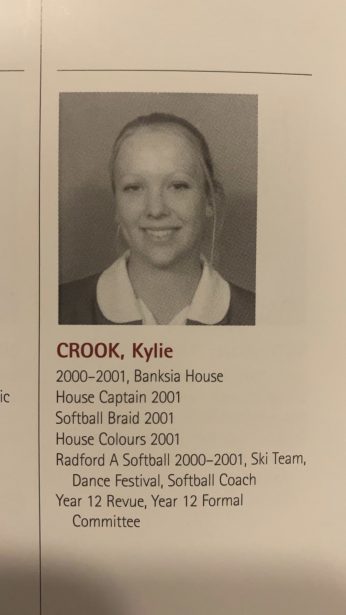 Last week the class of 1MH welcomed Collegian parents to their class room. The students asked questions about what Radford was like in the past as well as how much Radford has changed?

Here is a summary shared by Class 1MH:

After moving from Sydney to Canberra, Kylie Costanzo (nee, Crook Class of 2001) came to Radford to study in years 11 and 12.  Kylie shared that she has the best memories and made friends that are still her best friends today! Kylie shared the different subjects she learnt and how there were not any shade sails in the school.. She told us about the 4 different levels of Maths that used to be offered at Radford. Kylie said birthdays were celebrated with little gifts from your friends and when she was at school they didn’t have choosing time like Year 1 has, but they had free periods to get their homework done!

Kylie showed the class her Radford blazer and an old photo from the Radfordian. Kylie was very sporty and received these special braids to put on her pockets because of her efforts. Kylie said it is 20 years since she finished at Radford and she is looking forward to her reunion this year. Radford is a great school and 1MH is very lucky as they get to be part of the community for 14 years! 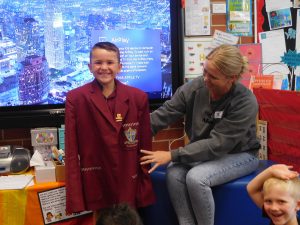 Nick Brinkley (Class of 1996) came to Radford to commence study in year 7. Nick was very nervous when her first started but quickly made some great friends. Nick told us about how the ovals were at Radford when he was a student and about all the different subjects he got to choose from in the high school. 1MH is looking forward to choosing when they’re older! Nick explained that they didn’t have playgrounds like we do now, nothing as nice as the Cubby Village and the new Quiggin playground but he used to love playing basketball with his friends. Nick remembered running up Gossan Hill for the Cross Country and how it was very tiring! He talked about the different sports he enjoyed for co-curricular, including hockey and basketball. Nick thinks that Radford is a fun school and that’s why he wanted his boys (Josh and Luke) to come to Radford too! 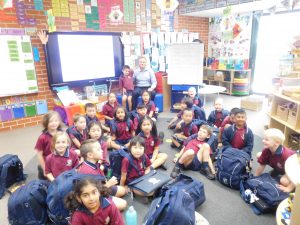 Big thank you to Ms Melinda Hamilton, teacher of Class 1MH for welcoming Kylie and Nick into the class to share their story and to the students for asking great questions! 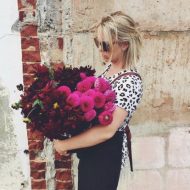