It is with great sadness that we share the news of Jane Garrett’s passing last month in Melbourne.  Jane was diagnosed with breast cancer in 2016 and despite successful treatment and remission her cancer returned earlier this year. 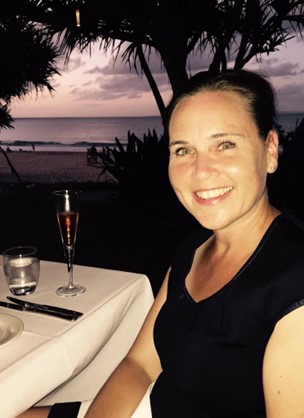 It is with great sadness that we share the news of Jane Garrett’s passing last month in Melbourne.  Jane was diagnosed with breast cancer in 2016 and despite successful treatment and remission her cancer returned earlier this year.

Jane started at Radford in Year 10 when her family relocated from Melbourne.  She was Captain of Debating and loved English and Drama.  Many would remember when Jane expertly played the lead character Shen (and her alter ego Shui) in the School’s 1989 production of Brecht’s ‘The Good Woman of Szechwan’.

After graduating with the Class of 1990 Jane studied Arts/Law at the Australian National University. There she continued debating and theatre and was active in both the student union and the student newspaper.  Jane graduated in 1997 and returned to the inner northern suburbs of Melbourne before being admitted to legal practice in 2000.

Jane had a passion for social justice, workers’ rights and equality, especially for women, and held various roles practicing in the areas of industrial relations and discrimination law at Slater & Gordon.

She met her husband, James Higgins – a like-minded labour lawyer and ALP parliamentary adviser, and together they helped establish Slater & Gordon’s Queensland office in Brisbane.

But the lure of her hometown was too strong, and Jane was back in Melbourne’s inner North where she was elected to local government as a Councillor for the City of Yarra in 2008.  Jane went on to serve Yarra as Mayor in 2010 where she fought hard for the locals to deliver important projects including increased access to childcare, the refurbishment of Victoria Park and the Yarra Energy Foundation.

Jane worked as an adviser to Victorian Premier Steve Bracks, who became a mentor for her.  She then went on to hold various senior parliamentary positions with the ALP before being elected Member for Brunswick.  Jane was appointed to Premier Dan Andrews’ cabinet as the Minister for Emergency Services, Consumer Affairs, Gaming and Liquor Regulation in 2014 where she was bold, brave and popular with the Victorian public.

She moved to the Legislative Council in 2018 to serve as Parliamentary Secretary for Jobs and the Member for Eastern Victoria which takes in a large section of the state from Mornington to Mallacoota.  Again, she was loved by many locals for her enthusiasm and advocacy for the ‘little guy and gal’.

Jane had announced that she would not stand for re-election in the Nov 2022 state election in order to focus on her health and her family.

Despite her numerous achievements Jane was most proud of her three children Molly 19, Sasha 15 and Max 10 whom she shared with James.

Jane’s early passing at just 49 years old has shocked and saddened all who knew her.  Jane made a lasting impression on everyone she met, from her schoolmates in the late 80’s and her sparring partners on the debating circuit, to her friends and foes on both sides of politics, who admired and respected her work and her charisma.

On her passing Jane’s family said “We will remember Jane always for her contagious love of life and people; her intense compassion and the drive which made her a very fierce advocate for women and those most disadvantaged. Her intellect, wit and generosity are irreplaceable and her loss leaves a huge hole in the Garrett family”.

Jane’s family has accepted the Victorian Government’s offer for a state memorial service ‘to mark her significant contribution to Victoria’.

If you would like to donate to the National Breast Cancer Foundation in memory of Jane, please click here https://nbcf.org.au/donate