Thomas entered the Japan Foundation Short Video Competition with a group of other students and took out the award in the university section. 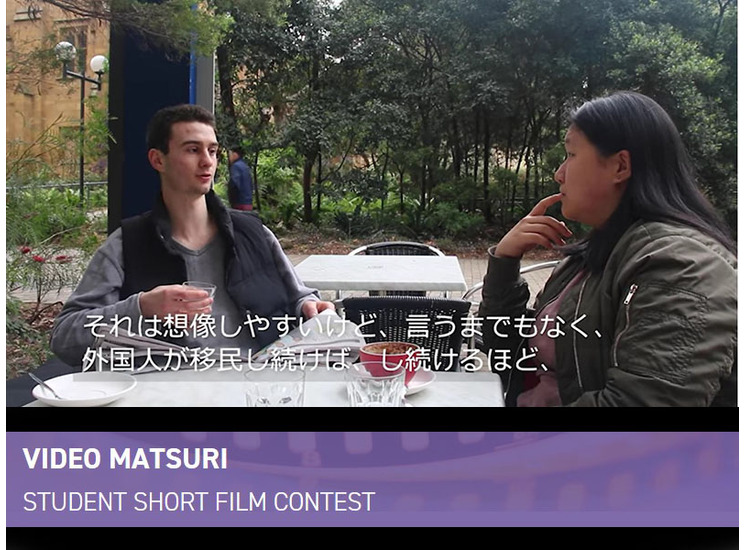 Thomas Martiniello (class of 2015) is currently studying Architecture and Japanese at the University of Melbourne.

Late last year Thomas entered the Japan Foundation Short Video Competition with a group of other students. His group entered the University section and took out the award.

In the video they talked about issues such as: what it is like for a Japanese person working in China due to the similarity between Japanese and Chinese scripts; immigration and multiculturalism in Australia; and living in Malaysia as a Muslim.

We got in touch with Thomas and he told us that the film was made as a part of his Japanese assessment at Uni but that he also created it with the Japanese Video Matsuri in mind.

The theme of last year’s competition was a mug, and due to the multiculturalism within our group; Australian, Chinese, and Malay (and our combined knowledge of Japanese) we decided to link culture to the theme. We noticed that mugs are not limited to holding drinks; they also hold significance to culture and in doing so they bring people together to talk about issues and current affairs through the action of drinking tea/ coffee. As such we looked at the mug as an item which can transcend culture.

They went about making the video by looking at the narrative of the narrator’s life, flashing back to 3 different scenes in her life where she was experiencing different cultures, yet all linked by the action of drinking tea/ coffee. They filmed the different scenes using the mug as the device to cut between the scenes. They also used the reoccurring narrative shown at the start again at the end to propose the possibility of this occurring again in another person’s life as they come to the realisation of the same thing.

Within the video we talked about issues such as what it is like for a Japanese person working in China due to the similarity between Japanese and Chinese scripts, immigration and multiculturalism in Australia, and life living in Malaysia being a part of the Islamic faith.

Thomas has now completed all of the levels of Japanese at Uni and is now in his last year of an architecture degree.

Where Japanese takes me in the future I am still not sure – however at the end of last year I took the Japanese Language Proficiency Test and I passed the N3 level, recognising my language abilities for possible career pathways.

We congratulate Thomas on a wonderful achievement! 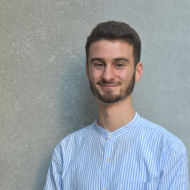