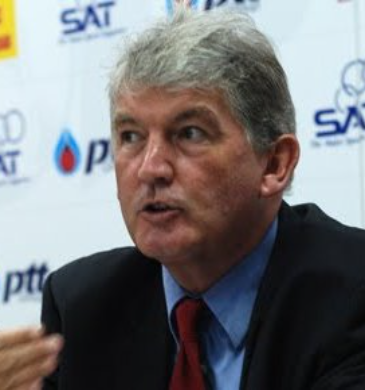 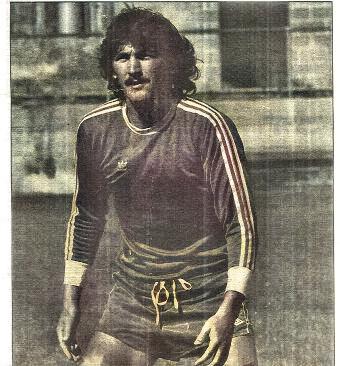 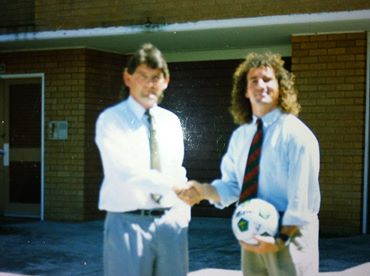 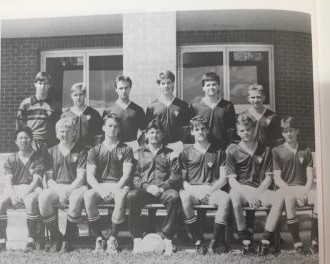 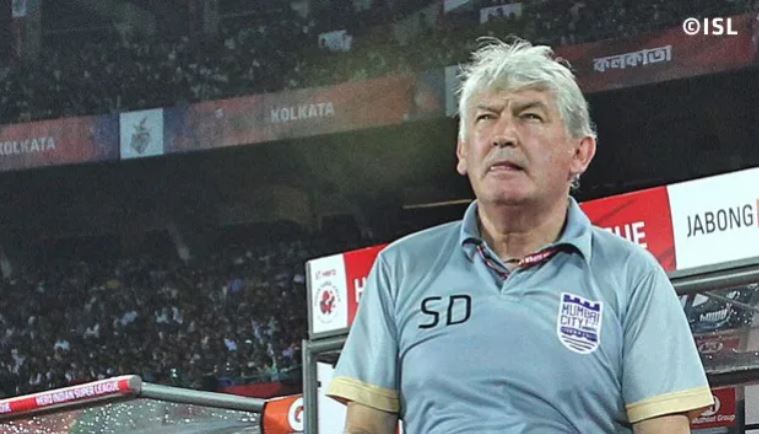 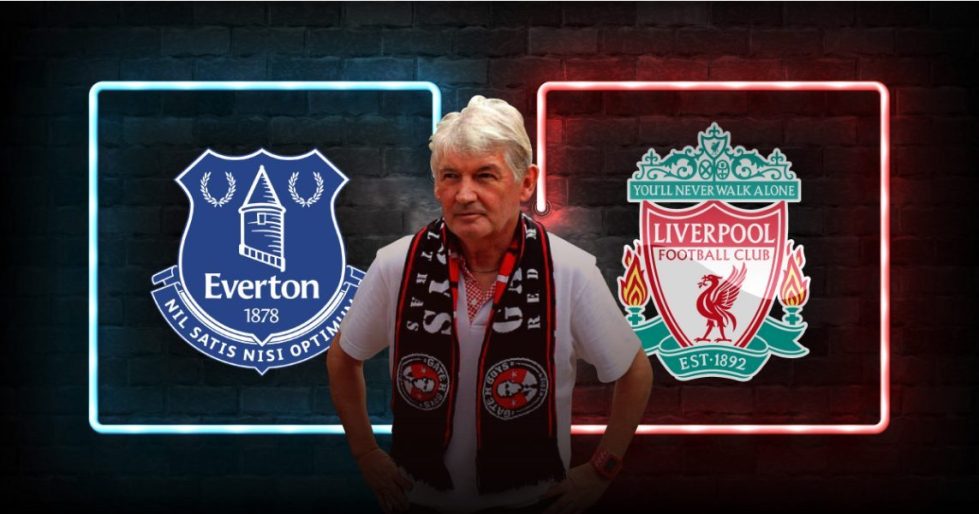 Last month, with thanks to Steve Darby we shared some photos from 1987. The photos attracted a lot of engagement amongst our Collegian Facebook followers. Allowing people the chance to feel a moment of nostalgia when they see a familiar name or photo is certainly one of the perks of my job.

Recently, Steve claimed a Radford Collegians Profile. I thanked him claiming a profile and shared that as part of our new Profile in Focus initiative – that his profile would be one of the first ones I share. His response was “a good Croatian girl that loves her football”.  I am neither Croatian (a common misconception given my surname) nor can I say that I follow the “football” – but Steve made me laugh. I was intrigued to know more. I have absolutely loved putting together our first Profile in Focus about Mr Steve Darby. Enjoy!

Steve was the Form Advisor as well as a Physical Education and Science teacher. His great experience and expertise in the field of “football” or soccer as us Aussies call it, led to him being Master-In-Charge of Soccer at the College. His experience helped greatly in Radford’s soccer successes including the Premier U16 1987 side and the 1st XI of 1988. During the summer, Steve also guided boys on the cricket field with great success. At the time of Steve’s departure from the College, the Radford College principal, Mr Peter Casson shared “we will miss Steve’s trivia questions and ‘Liverpuddlian’ sense of humour”. 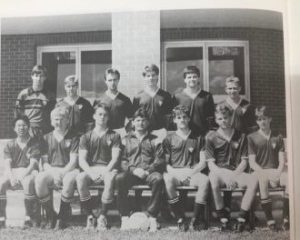 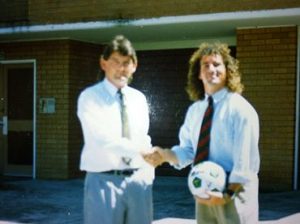 Whilst Steve left the College to take on a role at the Australian Sports Commission he was still seen dropping in every once and a while jogging around the College in his lunch hour.

Steve speaks Arabic, Malay, French and Vietnamese. He is from Liverpool but has made Asia his home.

Steve obtained his UEFA A Licence in 1979. He became an official FIFA Instructor for the Oceania region in 1981 and AFC Instructor 1998 and was Technical Director for the Australian Soccer Federation between 1990–1995.

Steve had played at youth level for Tranmere Rovers as a semi-professional for local clubs but struggled to “make it big”. It was, in his own words due to a “severe lack of ability”. Steve shared that there was no great plan in place following his playing career and his talents would be utilised elsewhere. 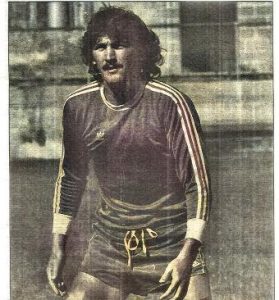 In 1979, Steve was offered an opportunity that would change his life forever: a move to Bahrain, to coach the national team.

“It was four times my teaching salary”, he said. “But I would have taken four times less to be a full-time coach”.

The move to Bahrain was not easy – Steve didn’t speak the language and was not accustomed to the culture. “I was determined to make it work” he says, “I taught myself Arabic and I think that’s the key to working abroad: the language and accepting that you’re not going to change the culture of a country”.

From Bahrain, Steve moved to Australia. Steve was offered a role with a club in Tasmania. The role was only to be a one-year contract, but Steve remained in Australia for 18 years, working as Director of Coaching in Tasmania and later as a FIFA instructor for Oceania.

Having settled in Australia, Steve was ready to take on another move, this time to Malaysia.

“I spent seven years there: three in Johor, three in Perak and one in Kelantan” he says. “It’s a wonderful football culture but there are hidden secrets. It’s where I encountered match-fixing”.

Steve learnt the language quite quickly, sharing that he watched Malay films on away trips and learnt from the subtitles.

By 2008 Steve had covered most of Asia, but he wasn’t finished yet. He worked in India at Mohun Bagan and Mumbai City (where he coached Nicolas Anelka), before taking charge of the Laos national team. All were valuable experiences.

“It taught me how lucky I am to wake up every morning and do what I love”, he says. “I’ve seen the extremes of both poverty and wealth in different countries. I didn’t think when I was at Anfield Road School that I would meet kings, sultans, presidents and prime ministers. I’ve met lots of great people, many of whom I’m still in contact with”.

Steve shared that his biggest influence is Bill Shankley (Scottish Football Player). “He stands for everything that I feel is right in the game. As I have gotten older, I do think the game has values and ethics and is an influence on many people’s lives. I was lucky enough to meet him when I was just starting out. He was wonderful. He gave me his time and his wisdom. I just wish smart phones had been invented then as I would have kept the conversation – well really it was a monologue – forever.”

Steve shared that he has also learnt that opportunities can be scarce. “Everyone should take the chance if offered a good contract, you never know where it might lead”.

Claiming your Collegian Profile enables you to update your details and tell your story.

This database will enable other Collegians and the current Radford community to see what you are doing, promote your business and professional connections or just keep in touch. 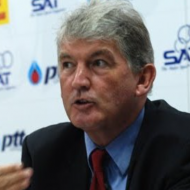