Not all heroes wear capes…

Firefighters save more than homes. They save hearts, memories and dreams. 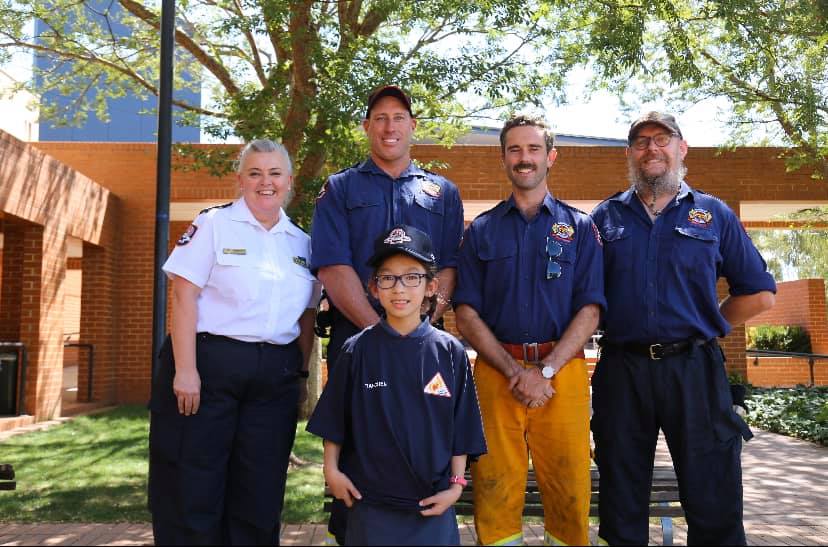 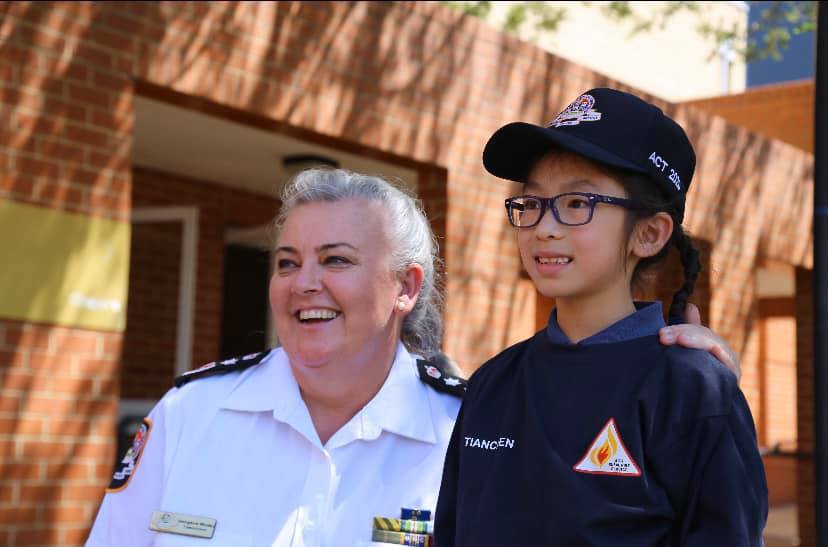 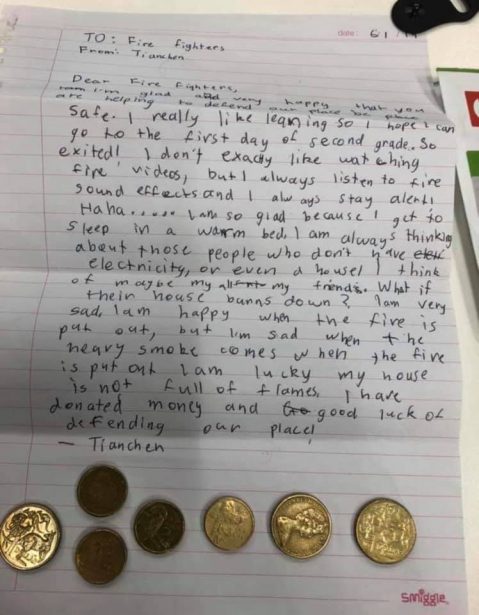 On Friday 21 February, TB Millar Hall was filled with the sounds of excitement from our Year 1 to Year 6 students. The Emergency Services Agency (ESA) organised to visit the College to personally thank Tianchen Wei for her beautiful thank you letter to the ACT ESA with a personal donation to the fire fighters.

ACT ESA Commissioner Georgeina Whelan presented Tianchen with an ESA cap and t-shirt embroidered with her name as well as a plaque. Commissioner Whelan said “we would like to say thank you to Tianchen Wei and the many people all across Canberra who have come forward to thank our volunteers and staff for the great job they do in keeping us safe”.

Three of our Collegian volunteer fire fighters – Matt Leonard (Class of 1989), Brett Vey (Class of 1991) and Lym Garratt (Class of 2005) were also in attendance with Commissioner Whelan.

Matt has been with the ACT Rural Fire Service since 2002. Matt juggles being a dad and working full time as a Senior Freedom of Information Coordinator with the ACT Government.

Matt does what he does because he is proud of the camaraderie in the brigade and helping out communities in need. Some years are quieter than others but Matt continues to engage in community education sessions and hazard reduction burns throughout the year. In 1985 Matt was in Year 8 and his fondest memory was of his teacher, Celia James. Matt described Celia as a very supportive teacher.

Brett has been with the ACT Rural Fire Service since 2005, his great, great grandfather and father were both volunteer fire fighters, so it is a tradition for the Vey family to be involved in the fire service. Brett described 2019 as a challenging year as he was called to the VIC fires in March, the NSW fires in September and then the ACT fires at the end of last year that went into 2020.

Brett led a team to the fires affecting Nerriga, NSW. He and his team worked tirelessly to save the Nerriga School House & Museum that was completely surrounded by fire. Footage can be viewed here. The school house was successfully extinguished thanks to the very brave efforts of Brett and his team along with firies from the NSW Rural Fire Service.

The most challenging part of being a volunteer fire fighter, Brett says, is the longevity of the work, often not seeing his family days in a row but like Matt, Brett commented on the camaraderie and the excitement of extinguishing fires as well as saving communities all of which keeps him going. Brett is very much supported by his family.

Brett was a Radford student between 1989 and 1991 and his fondest memory of his time at the College was the people that he developed friendships with, some of which he still has a connection with today. In 1990, Brett was the House Captain for Huon and shared that the skills that he learnt whilst he was Captain are still skills that he uses every day in his life.

Last month we mentioned Lym and his volunteer work in a Collegians news article when he and Glen Purdam (Class of 2005) fought the the fires in Orroral Valley.

Just last week, Commissioner Whelan announced that the Orroral Valley Fire had been declared out which was welcomed news for Canberrans.

On a side note – it was an absolute pleasure and an opportunity for me to meet and personally say thank you to these local heroes. Not only for everything that they do and have done but for the sacrifices they make every time they go into these extremely terrifying situations. THANK YOU!