H for History #34: The value of a moment

The first inkling I had that I might write the next 'chapter' of our College history occurred inside a little church called All Saints, in the small country town of Berridale, New South Wales in 2016. The church was gently overflowing with people there to pay their respects to Radford's Foundation Principal, Jock Mackinnon AM. 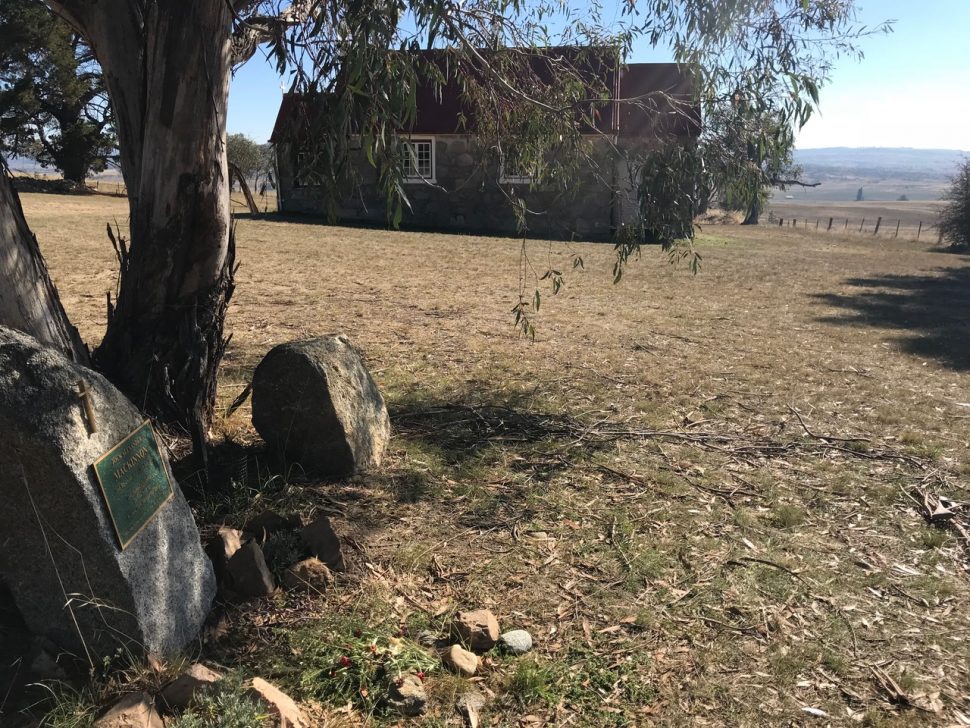 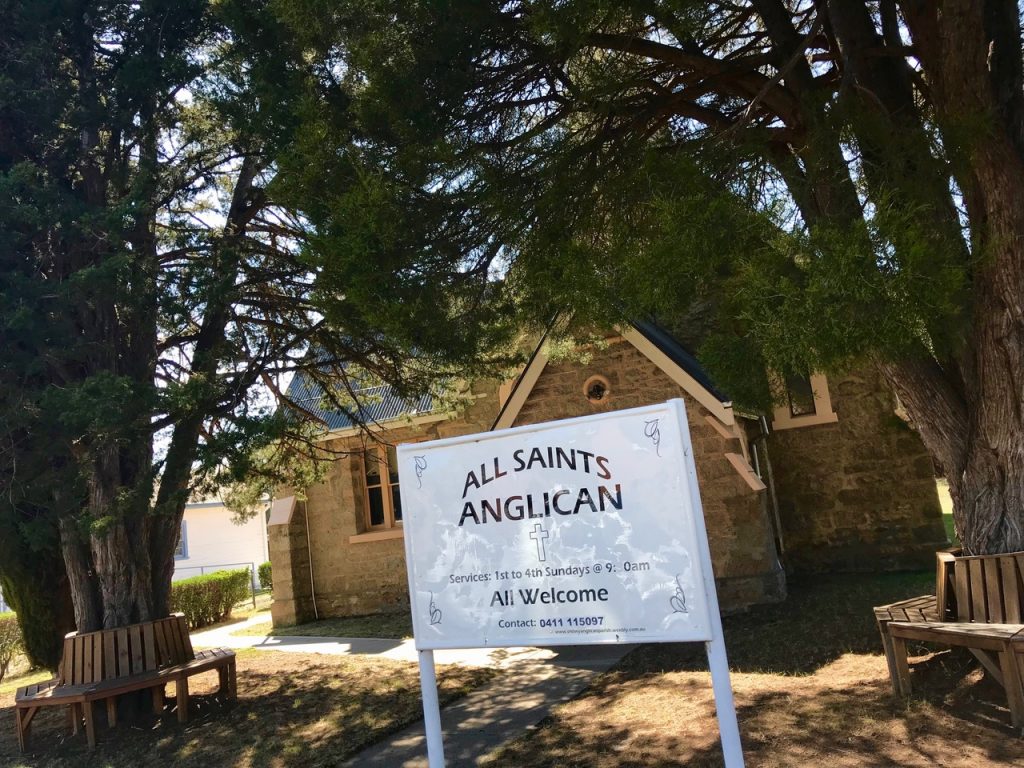 The first inkling I had that I might write the next chapter of our College history occurred inside a little church called All Saints, in the small country town of Berridale, New South Wales. The church was gently overflowing with people there to pay their respects to a man named Jock Mackinnon. Of course, each had their own story as to why they were there, mine being that the man concerned was my first boss, at least of serious, full-time work. Way back in 1988, Jock must have seen something in a young, naïve, awkward, inexperienced, guileless yet unwaveringly passionate graduate from teacher’s college, barely into his twenties, with a desperate desire to please if given the chance. That teacher, with glowing ‘L’ plates attached, would have talked a little too much about his starry-eyed hopes of making some sketchily-defined difference to the world of education. And a desire to make his parents proud, particularly a father in hospital battling cancer.

Sitting in All Saints with me that day was Dylan and Sally Mordike. Dylan had a unique story himself. He was a rarity indeed: being a unique combination of both Foundation student and current member of the teaching staff at Radford College. I recalled Dylan once telling me that ‘there has never been a time without a Mordike at Radford’: with his younger sister Caitlin and brother Emlyn having attended, his children Dougal and Jemima eventually following suit, and his wife Sally having worked as Registar. Like myself, Radford College had also been Dylan’s first place of employment after graduating from university. So I was acutely reminded of that peculiar hold a place of employment inexorably connected to your life’s trajectory can have at times such as these. 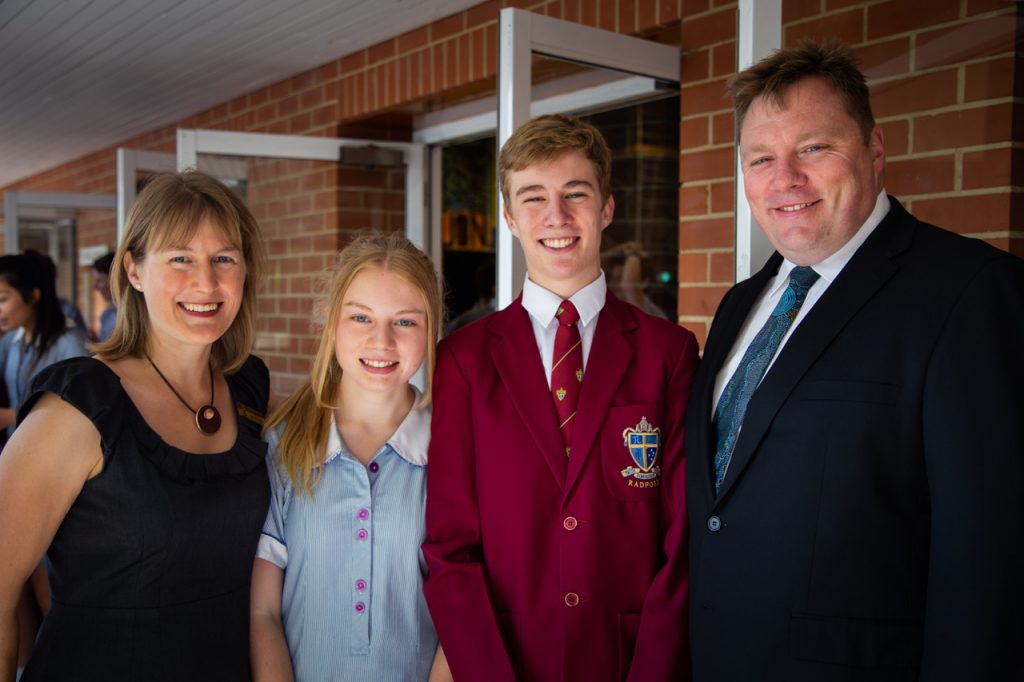 I looked around the congregation at Berridale. I recall wondering what kind of stories might be held by its members: of their own relationship with the College’s iconic first principal, Jock Mackinnon; what influence he may have had on their own life trajectories; and what a vital link he must have been to so many of not only the Radford community, but the wider world beyond its walls.

In his eulogy to his father, Jock’s son, Sandy, shared one of these unforgettable stories. He had found a letter amongst Jock’s papers, dated 1971, from an Illawarra Grammar student who had seriously transgressed in some unknown way. ‘As Headmaster, it seems, Dad had chosen to counsel the boy rather than expel him and this loving and wise approach had, so the boy claimed, turned his life around,’ revealed Sandy. ‘From that moment on, the boy had worked hard to make amends to the school and to win back honour. This was typical of Dad’s approach – not because he was a softie or couldn’t steel himself to make tough decisions – but because his emphasis was always on the possibility of redemption and reconciliation and never on the stern demands of punishment for its own sake.’ 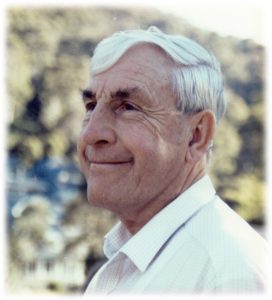 Elizabeth Mackinnon then described how a man came up to her after the service at All Saints and in a moment of affecting serendipity said to her, ‘I was that boy you know.’ Then he added, ‘And I became a schoolmaster.’ It would seem that those durable qualities of forgiveness and understanding certainly transcend time. I had recently been pointed to a Dr Seuss quotation by Raiph McPherson (Class of 2003), himself a student who had become a ‘schoolmaster’. The popular American children’s author and artist once famously penned that ‘sometimes you will never know the value of a moment, until it becomes a memory.’

Well I left All Saints, Berridale that day, thinking that such valuable moments and inspirational memories really should be collected and shared. What a sad fate for such stories if they were to be left untold or unopened in digital files, long-forgotten in a dusty cavern somewhere in the bowels of a building where these things are stored – at least in my imagination. Jock’s farewell had certainly re-awakened in me memories of that 21-year-old graduate hoping to convince that wise-looking man behind the desk – as well as the somewhat stern Deputy Principal with eyes that seemed to penetrate into your mind seated next to him – that I might actually have something to offer this equally young and pristine school. 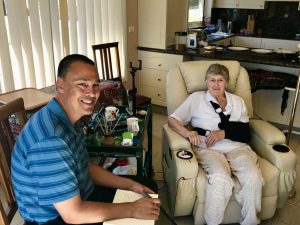 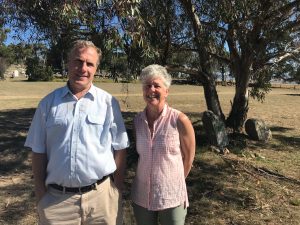 Flick to thirty years later. I am standing alongside Sandy Mackinnon and his sister, Margaret, at the Gegedzerick Cemetry, Jock’s final, serene, picturesque and unpretentious resting place, overlooking the sweeping plains of the Monaro. I had just completed a lengthy, warm and engaging interview with their mother, Elizabeth, who had played such a vital role in Radford early history, alongside her intrepid husband. My mind was spinning with a myriad of marvellous stories she had shared about Jock’s past and the events which fortuitously led him to a rough and undeveloped patch of ground at the base of Gossan Hill in Canberra, way back in 1983. While Sandy and Maggie were tending to things, I had a quiet moment under a gum tree hanging over Jock’s grave, where a plaque had been set into an appropriately formidable stone, with words declaring, ‘I have fought the good fight, stayed the course, kept the faith.’ 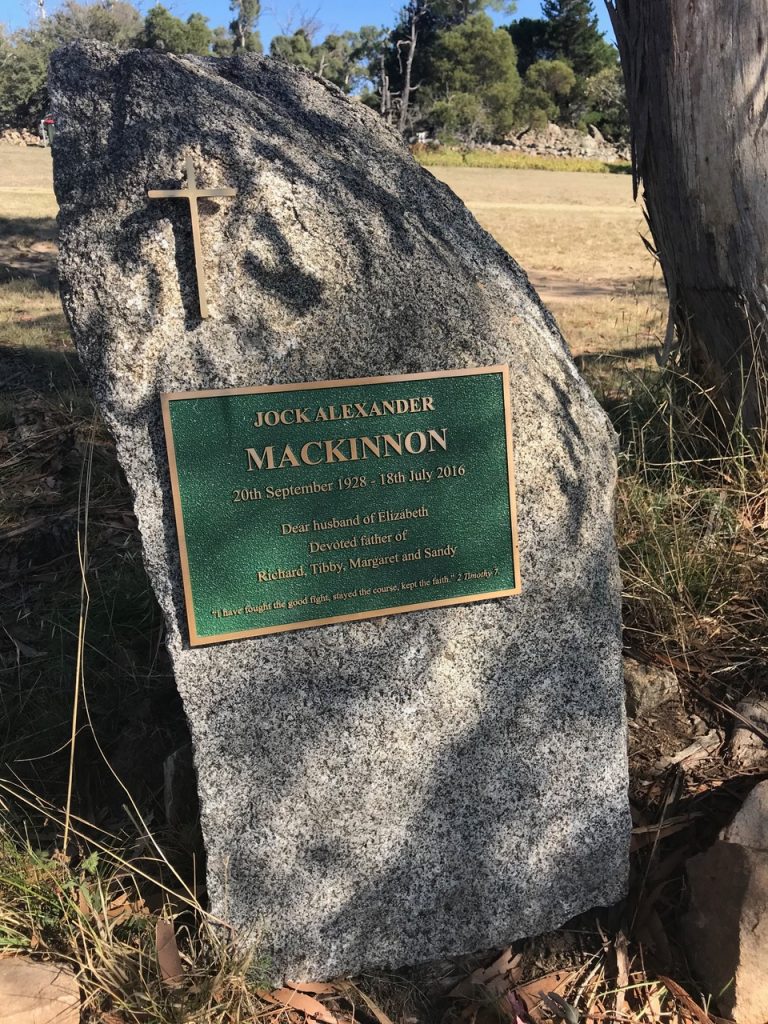 Looking out across the plains, I now recall a feeling of warmth that was caused by more than just the benign sun, shining from the centre of a cloudless sky. I remember thinking of my own father, who shared so many wise, genuine, humble and unfailingly beneficent qualities with Jock, and a tear started forming in my eye. And I recollect vowing in the name of two men – one who played a significant part in me receiving the gift of life, and the other who played a vital role in giving me the gift of an employment that I’ve never truly wanted to leave – that I would do all I could to preserve the legacy of a place that is now inseparable from the person I have become.

A few months earlier, the College’s sixth principal Fiona Godfrey had given me the green light to commence a new phase of my life’s work: to celebrate in words and images, the 35th anniversary of that very place where I had first started plying my teaching trade: Radford College. I recalled Cormac McCarthy once writing that ‘The task of the narrator is not an easy one… He appears to be required to choose his tale from among the many that are possible. But of course that is not the case. The case is rather to make many of the one.’

So, if I am to be entrusted to collect and crystalise the many stories of our own Radford community, what might be ‘the one’ that unites them all? Could there actually be a commonality in this tale of fighting the good fight for survival; of the steadying of the ship in testing seas; and of the discovery of tangible reasons to keep the faith that it will all come good in the end?

Well, the Mackinnons gave me a great place to start at answering these questions. I profoundly thanked them, walked through the gates of Gegedzerick and made my way to the car and eventually onto the Monaro Highway back to Canberra. It would seem, three decades later and not for the first time in this existence, Jock had given me the sense of a fresh start and a new lease of life.

I began looking forward to the challenges that lay ahead.