This is the last H for History article in the current series.
George is now concentrating on finishing a book of stories "35 Years Of Radford College – Foundations, Traditions, Inspirations" which will be launched at the College during the 2019 Foundation Day Celebrations. 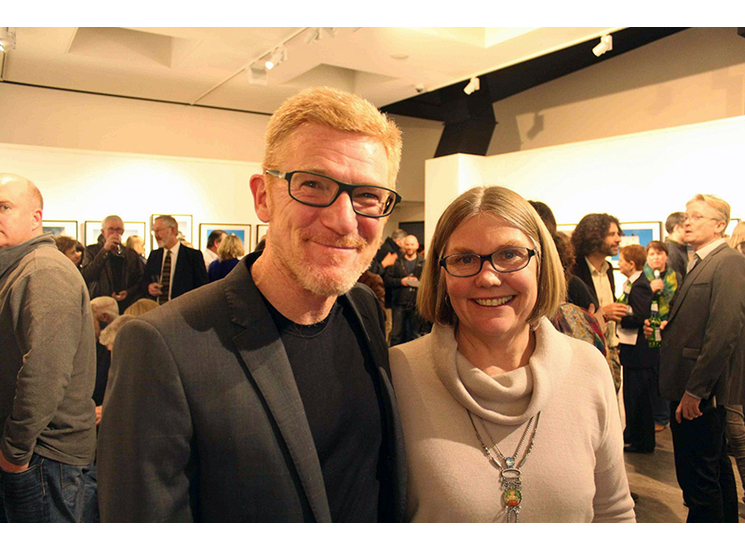 When Head of the Library Shirley Campbell (1983 – 1999) first saw some images taken by the new Science teacher Alan Lee in 1997 she was stopped in her tracks. They were from a Year 11 Biology field trip which had been studying ecosystems. She suggested to principal Graeme Wigg that Alan’s obvious skills for capturing a moment might be put to good use as the official College photographer. With an increasing number of College publications demanding accompanying photographic images, this would prove of immense benefit and enjoyment to readers across the wider community. As the Director of Co-curricular activities at the time, I came to the exact same conclusion myself, particularly when Alan caught my band in (literal) full flight during an impromptu performance for students one lunchtime later that year in the new Amphitheatre in the then-Year 9 Block.

In 2002, Jonquil Mackey joined the college as a Photography/Media teacher, arriving with a passion for the visual image, particularly if it told a story and made a point. As Alan described, ‘For Jonquil it was not just about pretty pictures. She was very fierce about it having to say something. And I am the same. I’m politically passionate. There’s no point in doing art if it’s not trying to reflect things the way they are – and make things better.’ (Jonquil’s idealistic approach became very apparent during the Gamilaraay 17 trip in mid-2017, where her striking photographs almost effortlessly captured the joy and naivete of both Radford and Gamilaraay youth. Her images highlighted the common humanity of this unique relationship, while also gently reminding the viewer of that gap that exists – and needs to be seen and addressed – in terms of opportunity, empowerment, freedom, overcoming trauma and the overall quality of life between Indigenous and non-Indigenous people of Australia.)

So it was that Jonquil was soon to join Alan as part of a two-person Radford team responsible for the photographing of significant events, sometimes staged and official in tone, but equally as often with an innate sense of capturing the subject/s candidly and seemingly at that precise and perfect moment. As the years progressed, the College was to be richly blessed with over two decades of highly professional, often glossy and deeply artistic photographs capturing everything from the day-to-day life of the college to the simply extraordinary. With the introduction of Communications and Publications teams at the College, ‘people were appreciating the photos that were coming through even more.’

‘Together we got the bravery to start to enter photographic competitions,’ continued Alan. ‘In 2012, 2013 and 2014 we had images chosen as semi-finalists or finalists in the Moran Contemporary Photography Prize and the Head On Photography Festivals.’ And as both Jonquil and Alan started receiving national recognition for their outstanding work, their self-commissioned Murrumbidgee River (26 Days) exhibition, which opened at the Tuggeranong Arts Centre in September 2016, cemented their reputation. ‘That was the largest, most coherent work we did together,’ explained Alan. Both he and Jonquil spent 26 days, spread carefully over four years of camping trips, photographing the Murrumbidgee for this exhibition.

Communications Officer Celia Lindsay reported: ‘The inspiration for the project was the discovery that it takes a drop of water an average of twenty-six days to travel from the headwaters of the Murrumbidgee in the Snowy Mountains of NSW to where it joins the Murray River in Victoria. The pictures in this exhibition are a wonderful fusion of art and science, and some delightfully quirky humour also. The diversity of the images reflects the river and surrounding landscapes, as well as the artistic eye of each of the photographers.’

As Tim The Yowie Man also outlined in a review in The Canberra Times: ‘Despite observing the same vistas of the river and surrounds, remarkably Lee and Mackey returned home with completely different images. “Whilst we worked closely together on this project we took contrasting approaches,” explains Mackey. “Alan leaned towards the documentary, and often strayed into the hinterlands while I was drawn to the abstractions where water and land meet… Alan is a science teacher after all,” jokes Mackey. For visitors to the exhibition, Lee and Mackey have used their divergent approaches to photography into a game. “There are no labels on the prints hanging on the walls, as we want people to guess who took which photo,” explains Mackey.’

To celebrate Jonquil and Alan’s unique partnership, I have curated a selection of a dozen diverse and extraordinary images. In keeping with the tradition above – except in a few cases where subjects have indicated who took the photos through their comments – I have left it to the viewer to determine whether it was Jonquil or Alan who took each photograph.

In conclusion, Alan reflected on the eve of concluding his time at the College in late 2018, that ‘the three strong threads’ across his two decades of work at Radford have been the photography; other curricular involvements such as the jazz band; and ‘the core academic work of teaching the discipline you are passionate about, having kids get turned on by it and then in some cases going on to doing great things in that discipline.’ If the selection of images below is anything to go by, the high number of students who have been inspired by them and left the college with a passion for photography – some pursuing a career in the field – certainly speak for themselves.

This article is respectfully dedicated to the memory of Jonquil Mackey (1957-2018).