Farewell and thank you for incredibly 30 years, Suzanne Rentsch!

On Wednesday, 8 December 2021, we farewelled number of Radford Staff members, and whilst we are incredibly sad to see them leaving, we wish them the best. One of them is Suzanne Rentsch, who served at the College for 30 years. Suzanne received the Service Award last week for her achievements presented by Radford Board Chairman Steven Baker. 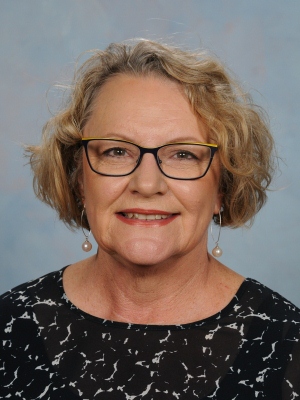 Towards the end of the year, we farewell the Radford Staff members, and whilst we are incredibly sad to see them leaving, we wish them the best. One of them is Suzanne Rentsch, who served at the College for incredibly 30 years. Suzanne received the Service Award last week for her achievements presented by Radford Board Chairman Steven Baker.

Here is her farewell message prepared and presented at the lunch by Lindy Braithwaite:

Suzanne has made a significant contribution to our community over the 30 years of the service at the Radford. Originally moving to Canberra from Adelaide after a nationwide hunt for a new Head of Geography, she has taught hundreds of Collegians as well as seen her own two girls graduate from Radford. 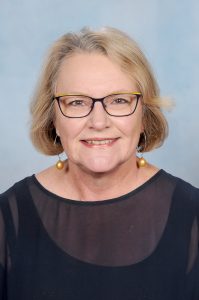 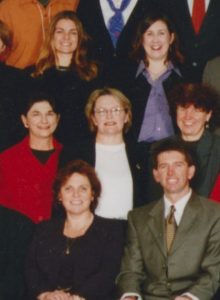 Suzanne’s passion for her subject discipline has always been front and centre. She developed many engaging programs of study, excursions and overseas tours to South East Asia that were highly topical, with local experts and immersions that ensured Radford students were always well versed in contemporary geo political issues.

After more than a decade as the HoD of SOSE (in its various iterations, Humanities etc) she took on the role of Head of Student Pathways and you only need to walk into the Careers office to see the dedication Suzanne poured into this role. A walking library of university, apprenticeship and scholarship opportunities, there was never a stone unturned in her investigations, if it meant a student might benefit. She has conducted thousands of career pathways interviews with students and often their parents, helping students achieve pathways for study or careers quite literally all over the world. 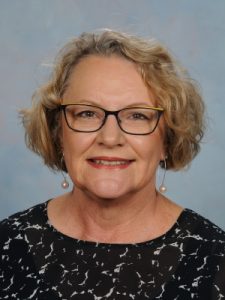 Some of her career accolades include:

Suzanne has lived the Radford motto in many ways, with her care of others, hospitality (she is quite a Maggie Beers) and generosity always evident, for example, in her school holiday time she coordinated student trips to South East Asia, working with the locals to complete projects. She has been a Big Band manager for most of her time, as well as managed softball and mock trial back in the day. However, her superpower has been in dedicating time and endless efforts to enrich the lives and pathways for students who have had challenges in their secondary schooling. She will be dearly missed.

Lindy also included a few messages from previous students and we kindly thank them for their contributions:

“Hi there, I want to mention how Ms Rentsch helped me achieve my career goals and got me through senior school. I also want to mention that she was on a SE Asia trip with me and other students in 2014 of which I have fond memories of.” By Daniel Tedeschi (class of 2014)

“Its rare that all the threads of an adult life can be traced back to one defining moment, but for me that moment was a senior geography class that Ms Rentsch taught in 2007. I’d always enjoyed geography, but on that day Ms Rentsch took us down to the computer lab and introduced us to a program called ArcMap. The explanation she gave – that this program would allow us to digitally represent the world around us – clicked with something in my brain and changed my life. I chose my university course based on geographic information systems and environmental science classes, used ArcMap to analyse bushfire patterns for my honours, and upon graduation I joined the public service as a geospatial analyst. Over the past 10 years I have used the skills I first discovered in that geography class in multiple different government positions, and on two international postings. I now manage and mentor younger analysts with geospatial skills, and I try and give them that same connection moment that Ms Rentsch gave me. My life would be completely different if Ms Rentsch hadn’t taken the class to the computer lab that day, and I am forever grateful for it. Thanks, Kristin, class of 2007.”

“Thank you Mrs Rentsch for teaching me Asian Studies in 1992. It was a good foundation for my now vastly expanded knowledge about how different countries and society’s in Asia, especially South East Asia function. Howard Shroot, Class of 1994.”