When Adelaide Crows' 2017 AFLW premiership-winning coach Bec Goddard returned to visit Radford College, the first time since graduating, she brought with her a wealth of inspirational stories from her time at school and beyond its walls. 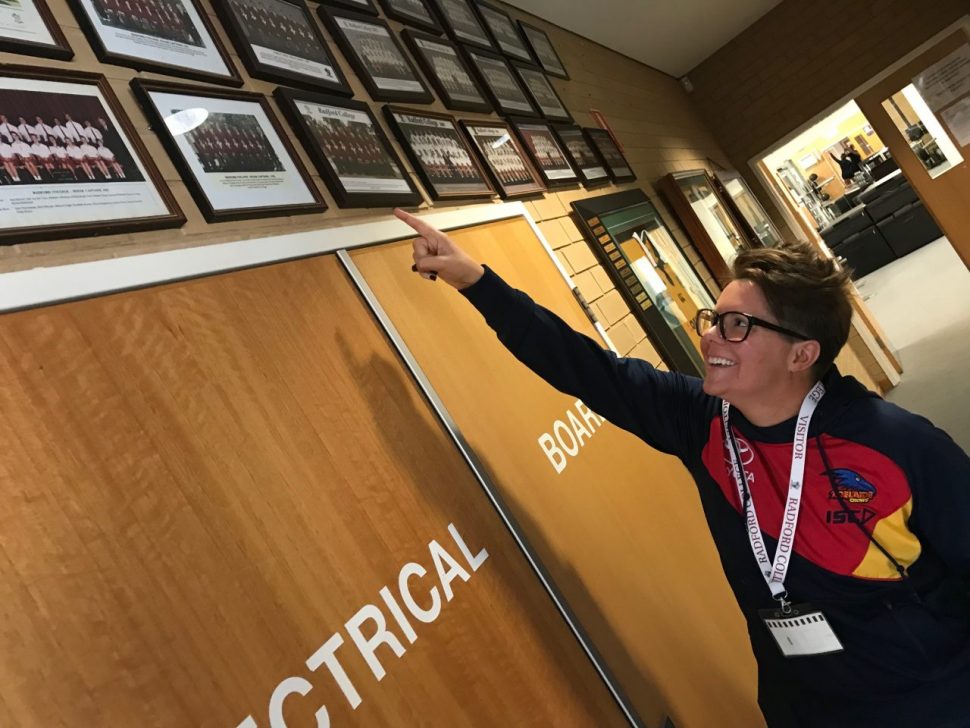 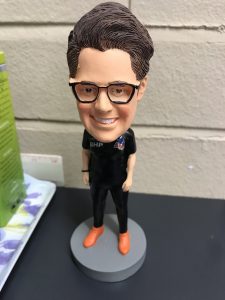 You know you have made it when they are creating a bobblehead figurine in your image.

When Adelaide Crows’ 2017 AFLW premiership-winning coach Bec Goddard returned to visit Radford College, the first time since graduating, she brought with her a wealth of inspirational stories from her time at school and beyond its walls (as well as some more obscure trivia about Crows-related merchandise, which will see this supporter/collector eagerly awaiting the arrival of Bec the Bobblehead).

It was an honour to show Bec around the school, with so much having changed since she was House Captain (Acacia) in her final year. Our two-hour amble included many impromptu chats with staff and students, and even the kicking of a footy on the oval at lunchtime with some draft hopefuls. It was moving to hear her speak about her full and rich life of which football, family, work and play are such integral parts, and it was reassuring that she has maintained her musical interests (she played in a rock band whilst at Radford and displayed her skills when she serenaded her players with Simply the Best after they won the inaugural trophy).

Some highlights from Bec’s visit included her delight in finding herself on a 1996 House Captains photo down at the Sports Centre; a visit to Mrs Emily Campbell’s Year 3 classroom (the students asked sensational questions and were equally impressed by Bec’s achievements as a police officer and her prestige as an AFL coach); and the sharing of a morning tea with staff, discussing footy and the ABC Heroesseries, in which she features prominently.

Bec Goddard is a wonderful role model for our students in leading such a diverse, inclusive and active life: leader, coach, musician, mentor, motivational speaker, police officer, journalist, student of languages (with a degree in Farsi) and AFL Woman of the Year. It was great having her back. We wish her and her players all the best as they go for back-to-back glory in the rapidly approaching season. 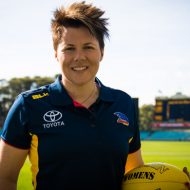