Mallaluka Wines by John Leyshon, former Radford College Deputy Principal: What started out as a hobby, has turned into a thriving family business.

John Leyshon, former Radford College Deputy Principal, had always wanted to own a vineyard so he and three friends planted their first vines in 1998. Now, more than two decades later, he, his wife, Val, and two sons, Sam and Josh, run their own boutique winery. 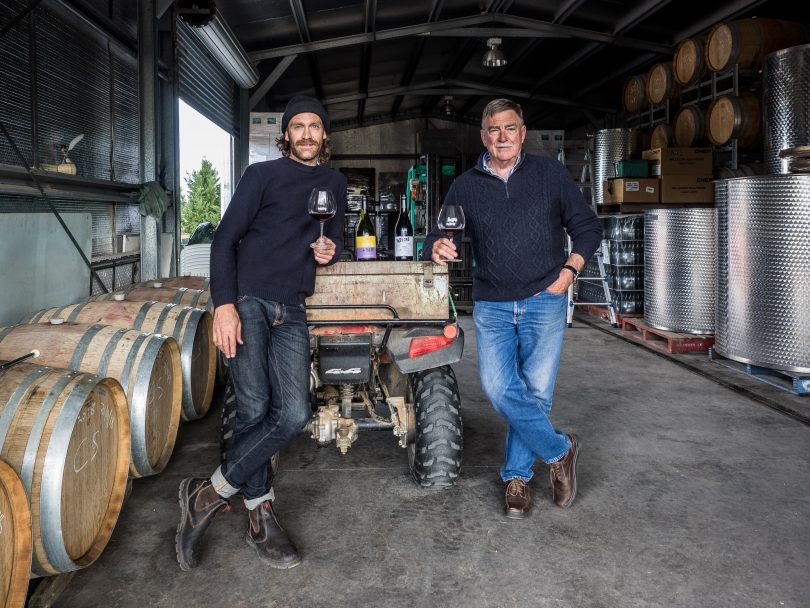 John Leyshon, former Radford College Deputy Principal, had always wanted to own a vineyard so he and three friends planted their first vines in 1998. Now, more than two decades later, he, his wife, Val, and two sons, Sam and Josh, run their own boutique winery.

After completing a few batches of Little Bridge Wines in a garage in Mawson, John and Val decided to purchase a 40-acre sheep farm on Dog Trap Road in Yass back in 2001. “There were no fences and there wasn’t a single tree,” he says.

“We built the house, fenced the property and planted five acres of vines, producing our first vintage in 2008 for the Little Bridge label.” 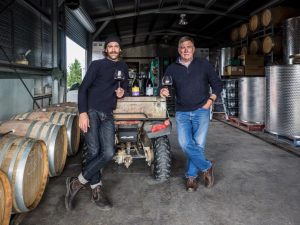 The new Mallaluka label began in 2013 when John’s friends left the winery. John began producing Italian-style red wines – typical of the Yass region – but when his youngest son, Sam, joined the team in 2015, their wines stepped up a notch.

“Sam was studying winemaking at Charles Sturt University and worked as an assistant winemaker for four vintages at Clonakilla Wines in Canberra,” John says.

Sam introduced different styles of wine and used experimental vinification techniques, including making whites fermented on skins, which took his dad by surprise.

“I thought it would be dreadful,” says John. “He bottled it, it went on market and sold like hot cakes. From then on, I just gave him his lead.”

The winery found a niche market for their handmade, minimal-intervention wines, and Sam quickly made a name for himself in the industry, being nominated in the ‘Young Gun of Wine’ Awards for the ACT/NSW district.

The winery has hosted luncheons for the Japanese Embassy and US Embassy, and their wines feature on restaurant wine lists in Canberra, including at a recent tasting at the National Arboretum. 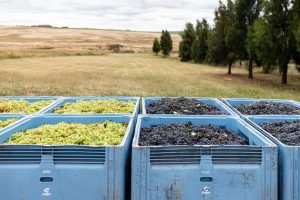 Like many vineyards in the Canberra region, Mallaluka was hit hard by bushfire smoke early in 2020, with all the fruit so badly smoke-affected it had to be dropped to the ground.

The corks have been drawn on Mallaluka Wines’ 2021 vintage and, according to the makers, they’re “sensational” despite droughts and smoke damage resulting in a reduced crop.

However, winemaker John Leyshon says following fire and drought, two wet winters have produced some of their best wines yet, and he expects next year’s vintage to be even better.

The COVID-19 lockdown has significantly slowed down wholesale sales, but John says good online sales have left them with almost no stock left from the small 2020 vintage.

“The last year has been pretty tough,” he says. “We normally have a gang from Laos to pick and prune, but this year we’ve had the whole family in pruning and picking.” 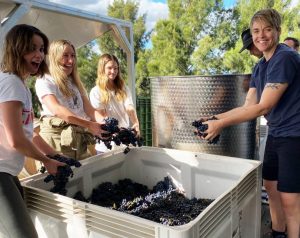 Mallaluka continues to support the community, donating wines to Karinya House, which supports vulnerable women and babies in the ACT and surrounding region, as well as the Soldier On veteran support organisation. John says what started out as a weekend hobby has become a passion and lifestyle for the whole family.

The Mallaluka Wines motto is: “We drink what we make, the rest is for you”.