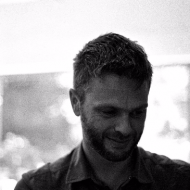 I make theatre, usually with scientists, as part of a group called Boho.

A lot of the people I went to school with became my collaborators, fellow artists and creatives, and are still the people I work alongside. So yeah, most of my role models are actually my friends.

As soon as we produced our first play, three months after graduating from Year 12. It wasn't that I decided that that's what I would do in life, more that I didn't stop making plays and still haven't stopped.

You might not be able to graffiti in every textbook they give you but that doesn't mean you shouldn't try. 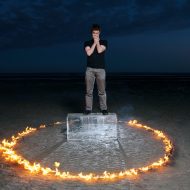