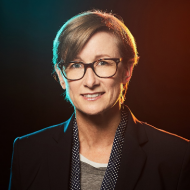 Mentor If you’d like me to be your mentor please contact Collegians to arrange a meeting.
Last updated 18.11.2020

I'm working hard as a Uni lecturer, and as an officer in the Air Force reserve. I still play competitive sport (cricket), and I credit years of taekwondo and the flexibility you gain for continued fitness and lack of knee issues. I live in Sydney with my partner and hit the beach as often as I can.

Doing the right thing, being helpful (it's so satisfying) and saving the world.

I think I wanted to be lots of things. I did do lots of things, but there was no room in the world for a drumming cartoonist offspinner astronaut, sadly.

I don't think I have one: I was pretty enthusiastic about everything except Maths. Radford was my 6th school due to Dad's job with RAAF seeing us posted lots of places. The school before had little in the way of sport or anything else, so I joined everything!

I loved the school musicals, playing the drums in the school band, all the sport you could get your hands on (I did softball, hockey, ski team and was Wandoo House Captain for a bit), and general hijinks in the common room.

I don't. I think everyone has good in them, and some levels of not so good. I admire societies or groups who join together to make something wonderful, teaming their good bits together. From your local sport team, to Medicins Sans Frontieres, or grassroots movements, or ADF groups on deployment. Teams make my heart swell.

I'm still deciding. I have moved from hospitality to study, to a career in museum design, to art director at a record label, to sustainable designer. At the same time I was a basketball mascot (Brisbane Bullets) and an elite athlete (taekwondo). I later quit elite sport, as it's not as noble as I had hoped, and joined the RAAF like my father before me. I'm still in the RAAF Reserves, and still love it. I'm now a uni lecturer after completing my PhD, and this may not be my last job! I just followed things I loved, and believed in. When I stopped believing in it, I found something new.

It depends when the planning phase starts and ends. I certainly planned each of my careers, and they have unfolded pretty much as expected, but I did not plan or even foresee the full trajectory!

That school is a small part of life, and just to take advantage of whatever opportunities are offered at the time. There will be a ton more opportunities offered as the years go on.

Enjoy yourself, work hard but don't stress too much. It's OK if you change your mind on what you want to do even 10 minutes after graduating. Change is a really positive thing, and there are so many pathways to who you want to be.

I think I might have been Radford's first gay student, although I did not realise or come out until after school. Apparently everyone else at school had figured it out though, and on reflection it was pretty obvious!