Australian anthropologist WEH Stanner once described our lack of understanding of Indigenous Australia as a ‘cult of forgetfulness practised on a national scale’, and how for most of us non-Indigenous people, it is almost as if a window has been strategically placed ‘to exclude a whole quadrant of the landscape’. Prior to and after the establishment of Radford’s Gamilaraay trips, we have seen a quartet of collegians more than willing to explore just what life in that quadrant might look like. 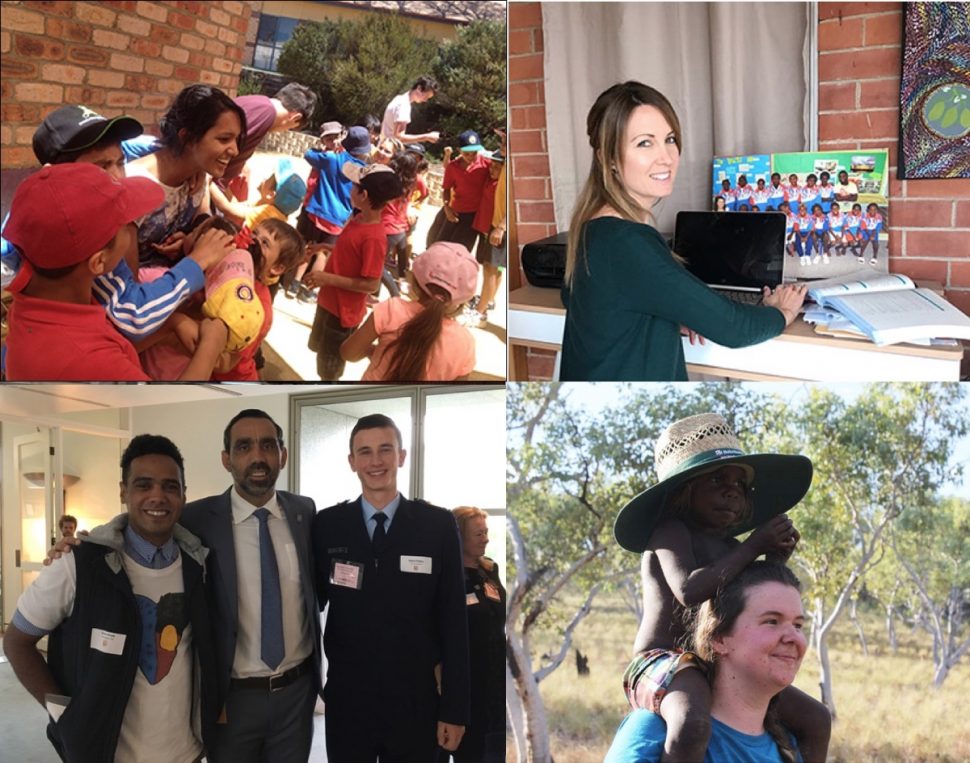 Erin Hunter (Class of 2001) is now a mother of three who at night finds time to work for Charles Sturt University in the School of Teacher Education, educating pre-service teachers in literacy and language teaching. Before becoming a mum, she was a primary school teacher, her first job being at Ti Tree, a remote community in the Tanami Desert, Northern Territory.

‘My time as a teacher in Ti Tree School has changed my life in every way,’ Erin says. ‘I became deeply affected by my time in remote NT. I have since completed my doctorate, in an attempt to change the direction of government policy and finances in regards to the education of Northern Territory’s secondary students. In partnership with the Ti Tree community, I have also set up the Ngurra Jirrama Foundation.’

Ngurru Jirrama was established in 2008 to work alongside the people of Ti Tree and its surrounds to ‘close the gap’. It is a partnership that the Indigenous community wants and drives.

‘Community members are strongly behind this program and many families see this as an option for their children,’ Erin reflects. ‘These students are working at what is called the cultural interface. They are learning to thrive in both their worlds … Operating at this interface is what gives these students the ability to celebrate their Indigenous heritage and also have options for, and control over, their futures. Ngurra Jirrama – two worlds.’

Ngurra Jirrama Foundation is a small, not-for-profit organisation. ‘Our mission is to provide selected students from remote Northern Territory with the opportunity and support to complete a holistic secondary education in NSW,’ she explains, ‘thereby enabling them to function competently in two different worlds: their Aboriginal community and Western society. As a result of this education, these students are improving in areas such as literacy, numeracy, health, interpersonal skills, skills to navigate a city and the Western world … and have more post-school options, providing them with opportunity and options for their future. Students in our program are amazing; against all the odds, they are succeeding!’

Similarly inspiring is the work of Amy Dyke (Class of 2008) who for the past five years has been volunteering for Titjimbat. Titjimbat works with community members to facilitate school holiday programs in the remote NT communities of Minyerri and Djembre.

‘Titjimbat was set up as an attempt to counteract the empty promises often provided by visitors to remote communities,’ says Amy. As with Ngurra Jirrama, community program leaders, along with a small team of leaders from Melbourne, facilitate activities ‘that enable a two-way sharing of culture, knowledge and respect. Sessions start with sport on the community basketball court … and previous activities have included mural painting, using microscopes to look at local water samples, making musical instruments, collecting bush medicine, bubbles and everything in between. The program continually adapts to community interests, values and needs so that no two days ever look the same’. 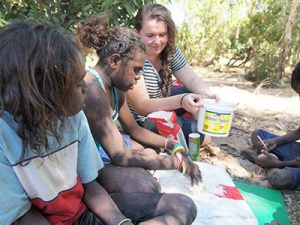 While at Radford, Amy was heavily involved in the music program, an interest that has extended into her adult life. While working by day at South Yarra Primary, she can be found improvising at night with The Big Hoo Haa!: ‘Melbourne’s longest-running and best-loved weekly impro comedy show’. Radford appears to have prepared her for a life of juggling her various and diverse passions, especially after she became involved in the Titjimbat organisation in 2013 as an activity leader. Since then, she has taken up the roles of recruitment officer, director of programs, managing director and is now director of training. In her current role, she designs and implements a training program ‘that ensure(s) activity leaders are knowledgeable and able to critically reflect on the program and themselves’.

I am sure both these impressive women would be thrilled to hear about the more recent inroads Radford College has made through walking alongside the Gamilaraay communities of north-western New South Wales through the G Trips. These certainly helped Anna Philip (Class of 2013) and Adam Philbey (Class of 2015) open their eyes to Stanner’s ‘quadrant’. They spent their G Trips at the marvellous Minimbah Aboriginal School (on the outskirts of Armidale) and Moree East Public School respectively, and their time there has greatly inspired and opened their hearts, minds and souls. Both now work hard in promoting the AIME (Australian Indigenous Mentoring Experience) program in their respective environments.

Anna is currently studying medicine at the University of New England and reflects: ‘Before the Gamilaraay trips, my exposure to Aboriginal and Torres Strait Islander culture was incredibly removed from the people and communities that represent it. It was a great starting block in exposing us to amazing communities, and showing me the importance of getting connected to the owners of our land of residence’.

Anna is now involved in the set-up of a cultural immersion camp designed for medical students and targeting a lack of direct experience of Aboriginal culture among Australian medical students.

‘Though we learn all the stats at university, few actually have connections to the communities that these speak about. Essentially, this trip sends a group of students from various universities to the Northern Territory where they spend time camping on land with the local families’.

I asked Anna about her personal response to this experience, aside from having a great time building friendships and having an open space for conversation. ‘I went on the pilot trip to Tiwi Islands which was phenomenal,’ she reveals, ‘and learnt super interesting things like skin names, clan systems, how to gather mangrove worms etc. Last year we organised for students to go to Kakadu. Plans for 2018 are underway’. 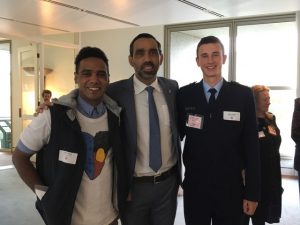 Adam, an ADFA cadet, had a similar experience: ‘Currently at AFDA I am the Cadet in Charge of AIME. I naturally fell into this position because of the work that I had done with Mr Huitker at Radford. I’m happy that I’ve found a way to continue down this path while I follow my other goals.’

Through ADFA, Adam  assists AIME to motivate Indigenous students into completing high school by providing a bridge between high school and university, as well as providing mentoring during the school term. The idea behind the work AIME undertakes is to shift students’ mindsets and provide motivation and the framework to be successful in whatever they choose to do. His role is to manage the other trainee officers when it comes to organising the mentoring days and university visits, and this has also morphed into the Indigenous culture awareness space, partly due to his interest in the area.

‘I will be organising events during both reconciliation and NAIDOC week,’ explains Adam, ‘to help increase awareness of Indigenous affairs within ADFA.’

If modern Australia still operates under Stanner’s ‘cult of forgetfulness’ with respect to Indigenous people, their history and culture, then Radford College has at least four reasons to be proud of how it is re-membering.

These four collegians should be commended for the way that they push us all, through their living examples, to more authentically and purposefully see, enter and walk alongside people in a quadrant of our national landscape that seems to still remain hidden from view. 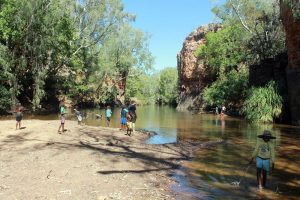 Please contact H if you are also working in or with Indigenous communities. He would love to hear more stories.