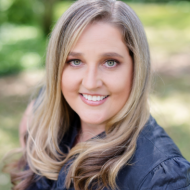 Mentor If you’d like me to be your mentor please contact Collegians to arrange a meeting.
Last updated 22.11.2018

I have recently returned from the US as an expat and am jumping back in to television as a freelance reporter. The expat life in Texas was great for all five of us (including the three kids) and we travelled a lot overseas and in the US (36 states!)

I am passionate about television. I absolutely love telling other people's stories and making them come to life on the box. TV is such a powerful medium making one cry, laugh, scowl, scoff or even yawn! I think everyone has something interesting to stay, it's just whether the interviewer can get it out of them.

Firstly, I wanted to be an Academy award winning Hollywood actress, then a white-water rafting guide, a ski instructor, a tour operator, then finally I wanted to work on "Playschool" or some other children's television show. I believed first year out of university I would be earning $1 million. But most of all, I wanted to be famous.

In year 12, I remember bounding down the outdoor corridor near the quadrangle and the principal genuinely smiled at me and said, "hello," then a year 7 student passed, smiled and said, "hello," then a teacher said "hello," as well as the gardener, a year 10 student and finally a classmate and I distinctly remember the feeling of joy, belonging, and optimism and felt that I could achieve anything I wanted in this world.

The year 9 camp was tough. It was cold and rainy. We faced our fears (abseiling and caving), learnt resilience, bush survival and how to dig an outdoor toilet. But it was the best adventure we had ever had in our teenage lives. We loved it and still talk about it 30 years on!

Everyone has one or two teachers who made a large impact on their lives, I have three , Phil Stroh, Jan Ward and Peter Dodd. The three genuinely believed in me and I felt even after I graduated they were still cheering me on.

I couldn't wait to get started at university and onto my career.

I initially wanted to do children's television but during my degree I realized how much I enjoyed journalism and hard news stories. I've yet to reach a $1 million pay check or real fame, but there's still time.

I wish I knew you can buy little heat pads for your feet whilst wearing thin, grey, nylon stockings waiting for an Action bus on a cold, frosty Canberra morning.

I wish I knew to have more courage in my convictions and to diss the naysayers.

I wish I knew not to waste time wanting to look like everyone else.

I wish I knew everything would turn out great and to stop worrying! Despite what you think, no one else knows what they are doing either!

I truly believe that if you want something badly enough you will make it happen. Just don't put a time limit on it.

Absolutely, reach for the stars! Why not?

In my final year at school we had a guest speaker at assembly who read this to the students. It's by French poet, Guillaume Apollinaire.

When he had finished no one shuffled in their seat, whispered or coughed. The words just hung in the air. It was just what I needed at the time. Change can be daunting, take the risk, be resilient, get out of your comfort zone and allow yourself to be as great as you can be.