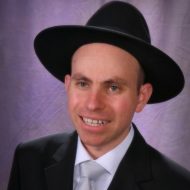 I am now married with 2 sons, living in Jerusalem, Israel and working from home as a Content Writer for an online Financial Trading Company.

My favourite Radford moment was hearing Thomas Bruce "T.B." Millar speak in the T.B. Millar Hall in 1989. Looking back, it helped me understand the spirit of citizenship and community service. I saw a man who had been Chairman of the Radford board during the most difficult years with nothing to personally gain because his children were already past school age.

Deputy Principal John Leyshon / the late Graeme Wigg - Although I may not have realised at the time. As a parent, husband, head of the household and generally just as an adult I have come to appreciate the importance of discipline and the importance of making tough but important decisions. As a pragmatic adult I realize that a Deputy Principal does a lot of unpleasant but important work that is necessary for a school to function. After looking at John Leyshon's consulting website http://www.johnleyshon.com.au/menu/ I can understand how he has gained his expertise.

Looking back at my life, I recognize that in my case it seems like my life evolved more from a series of several smaller decisions rather than one large decision. However many of these decisions at the time seemed like I was deciding what to do in life. All my career decisions seem small in comparison to the decision I made in 2009 to marry my wife.

Not exactly, However the different aspects of my further courses and studies as well as my on the job work experience have contributed to my current skill set. The 3 things that I learned at Radford that help me in my current employment "Content Writer for COTI (Currency of the Internet)" in which I am mainly writing business related articles are:
1) Learning to touch type in Year 9 (1991) with Mrs Nolan
2) Learning how the economy works in Commerce in Year 9 (1991) with Mrs Nicholson and Year 10 (1992) with Mr Kildea and Mr Tate.
3) Learning Asian Studies with Mrs Hobson in Year 8 (1990) and Mrs Allen in Year 10 (1992) laid the foundation to understanding why the economies of many Asian countries have prospered in recent years. Additionally I was motivated to take Asian Studies seriously after Mr George Huitker explained during a Language In Use class in Year 10 (1992) how important it could be for an Australian doing business with Asia to culturally understand what the other side is thinking and that it could make the difference between a successful and an unsuccessful business deal.

The importance of self discipline, planning, using your time wisely, being happy with who you are and valuing the moment.

Make the most of education and your time at school. Don't fool yourself into thinking that you know everything.