Now in his thirtieth year at Radford College, George Huitker has long been known as a man of many parts - teacher, actor, musician, sportsman/coach, and writer.... but increasingly it is his contribution to others and his commitment to the concept and practice of service learning that defines him.

I am the Director of Service Learning.

I actually started as an English teacher. My early classes will remember me teaching poetry through impromptu excursions into nearby but off-site bushland– or what I thought was off site as there’s now a Junior School where we once waxed lyrical a la Robert Frost about deep and meaningful things. I then taught Drama and was a Head of Year (called YCOs back then) for a decade – both these roles are the same thing – and even looked after the Co-Curricular program (the hyphen has now vanished), as well as 63 soccer (now football) teams as MIC (now Technical Director). And then, under Phillip Heath, I found myself serendipitously falling towards the soulful work of service, which I’ve found neatly rolls everything I deeply value in education into one salient package.

I said I’d stay for two years when I started. I ended up staying for 3 decades because I’ve been born with an affliction for finishing anything I start. (But as a child that did not include the consumption of vegetables.) As I keep starting things, this ultimately means Radford may well be stuck with me for even longer. But the serious truth of the matter is that with every year I have stayed on, the connection with the school, the work and most importantly the people, grows stronger and is very hard, if not impossible, to sever.

I followed-through a soccer-now-football team from Year 7 to 12 in the mid 90s that rarely lost a game. Is it reprehensible to have enjoyed, just a little too much, beating everyone that belittled the notion of school sport or even just our daggy maroon strip? But seriously, the family – in a broader sense - that evolved from that team, is something that will last beyond the superficial joy of the 4 premierships. And ties like that, as I said earlier, are hard to sever. When some of these lads I coached showed up to give a eulogy and then carry the casket at my mother’s funeral – she used to make them sick with lollies and cakes in lieu of oranges at halftime – that sense of full circle amidst my sadness was something beautifully transcending and stirring.

Without wishing to offend anyone, some other highlights include the musical “Big”, the themes of which spoke to my heart and were brilliantly realised by the students and staff involved; walking Dead Horse Gap amidst the wildflowers, ancient stones and ghostly trees with the wide-eyed Year 7s on many a camp at Bungarra (why oh why did we ever leave that place?); approaching double-figures of life-affirming trips to Gamilaraay country; and perhaps playing that final incendiary gig with Junk Sculpture at Dirrum 2017.

But any moment when I’ve seen a student discover their better selves as they move emphatically towards achieving their full potential – that is collectively a dead tie for No.1 in the Treasured Moments List of any teacher.

(I’m envious and in awe of Safia.) It’s no small secret that I wish I was Peter Garrett, but he didn’t inspire me in the classroom – as much as I tried to bring Midnight Oil into any class I sat in. I was a fellow staff member of John Leyshon for his entire tenure at Radford and it is hard not to be affected by that inspirational man.

I’ve been lucky to be constantly surrounded by inspiring people of all ages. But I guess looking back, I’m most inspired by mentors who never gave up on me despite a phonebook full of faults; and, in turn, I’m inspired by those who never give up, despite all adversity. There’s a lesson here about keeping faith and persistence. At the tender age of 50, I’m still working at both. 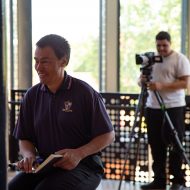 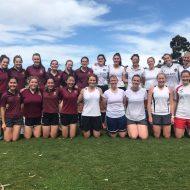 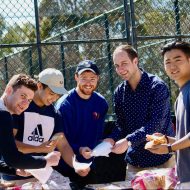 Collegians back for BMS Sports Day 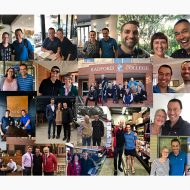 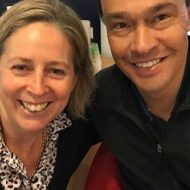 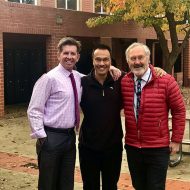 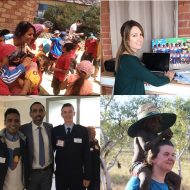