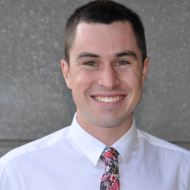 Mentor If you’d like me to be your mentor please contact Collegians to arrange a meeting.
Last updated 26.09.2018

I live on the Gold Coast and I study a Bachelor of Laws (LLB) at Southern Cross University with an expected completion date of October 2019. I am extremely involved in student life, student politics and I am an active member of the Australian Labor Party. In my first year of University, I founded the Southern Cross University Law Association and remained President for the proceeding two years, and, I am presently the Gold Coast Campus Representative on the Student Representation Committee. In my off time from study, I volunteer weekly with a Senator, Candidates and other MP's within the Australian Labor Party. I also coach and play tennis, and I try to stay in touch with as many of my good friends as possible.

Furthermore, I am an incoming Summer Law Clerk with Maurice Blackburn Lawyers, and I am also an avid fan of classic vehicles, notably Datsun 1200's where I build and restore these vehicles. In 2013, when I finished school, I had a goal of becoming a professional Muay Thai boxer - however, unfortunately I was stopped in my tracks when I suffered a serious brain injury during training. For me, this was particularly challenging as I will never fully recover, was forced to take a large amount of time off work and was unable to go to University for two years. However, the take home for me was simply that I was lucky to be alive where I want to help as many people as possible during my life.

I wanted to be a Police Officer for my entire life, however, following my injury this was not possible. My second option was the Army - this plan was also stopped very quickly based on my injury. Subsequently, I fast tracked an interest in law and politics and became active in these areas far quicker than originally planned.

Look, Kurrajong was hated. I was even more hated (I was House Captain) because we won and I was unbelievably arrogant at school. This resulted in me being clapped off stage and the school failing to let me speak during a victory speech (anyone in Year 12 at the time will definitely remember this moment!). Aside from that, I was the host of Icebreaker 2013 which was extremely rewarding and I also participated in Gunawirra. However, my favourite moments were definitely hosting Icebreaker and winning the 2013 House Cup.

One of the better wins and moments I had surrounded a solid argument with the Head of Senior School, the Director of Studies and the Principal was also involved where I requested to drop Mathematics in Year 12. Unfortunately, two of the three were not in favour of it, so I decided to sit in Mathematics class for a semester and did everything but Mathematics work until they let me drop it. I was the only student in the year who was successful in dropping Mathematics and I have a feeling it was kept reasonably quiet so as to avoid setting a precedent. But, rest assured it is doable!

I am of the position that we never actually know what we want to do - life changes so rapidly and we should embrace this, not limit ourselves. Following this answer, I am still deciding and for the time being I have a clear vision of where I want to go, however, opportunity and change is something we all should embrace and I am no exception.

Absolutely not. I had to change my career path/s very quickly and rapidly based on extraneous circumstances.

This section could probably be endless because I don't really ever stop talking and I have a big passion for trying to help people. However, I will try to make this directly analogous to your time at school.

1. I am of the strong position that your ATAR does not mean much at all. I believed this while I was at Radford (I was absolutely in the minority) and I believe it more now. The ATAR I received was 65 - when I began University I studied for one semester in a Bachelor of Legal and Justice Studies (14 weeks) and then transferred straight to a Bachelor of Laws with full course credit granted. I am now and have been in the top 1-5% of my course in terms of academic grades for the duration of my course.

2. Do not have a set plan - it is highly unlikely it will work out. Many of my friends from school changed degrees more than once and most who went straight from school without a gap year either dropped out or have ended up in careers they aren't entirely sure of.

3. Take a chance when you finish school. Go travelling. Volunteer. Move out of home. Find yourself and who you are and follow your heart and your intuition!

Thanks Radford - although we definitely had our differences back in the day, it is safe to say that you are absolutely a first class educational institution and I am unbelievably proud to say that I studied at Radford College.